So much of personal communication is non-verbal. Statistically speaking, it’s estimated that approximately seven percent of our interactions with each other are expressed in the form of words. The rest? You convey almost entirely through your actions and other silent forms of communication.

Lasting impressions are made in an instant. What impression do you leave on your colleagues and potential clients when you engage in these bad habits?

1. Wimpy handshake – Handshakes matter. A firm handshake with a solid grasp is the norm for North America and European countries. Historically, it is thought that the handshake originated as a peace offering between soldiers. A handshake between the two was to show that neither were holding weapons. Business etiquette expert Danielle Di-Masi surveyed business executives, and more than 40 percent of respondents said they would think less of someone professionally if they gave a limp, “dead fish” handshake.

2. Inappropriate Work Attire – Ladies, your legs may be beautiful, your décollatage may be spectacular, but the workplace is the wrong venue to display them. Cover up and let your intellect and ability get noticed, not your attire (or lackthereof). And gentlemen – iron your ENTIRE shirt. Taking off your jacket to reveal your half-attempt at ironing sends a very clear, “Lazy, late, poor planning” message. Investing in a tailored and properly fitted suit will also pay off in the long run.

3. “Phubbing” – Phubbing is a new term making its way into our lexicon, and it means “playing with your phone too much.” A networking event or meeting where you are fiddling with your smartphone means that you are looking down at your screen instead of up at the speaker. If you appear uninterested, you leave the impression that you are, in fact, uninterested. It doesn’t matter to the speaker or manager of the meeting that you are broadcasting relevant information to your wider network. Eyes up, look interested, and BE interested.

4. Poor Hygiene – Of course, the usual suspects for personal hygiene – clean hair, brushed teeth, deodorant – are likely already on your radar screen, but ask yourself if you have other habits that may be off-putting. Do you pick your teeth? Bite your fingernails? Play with your hair? Imagine extending your hand to shake after that person has watched you bite your fingernails? Would YOU shake their hand if you had observed the same from them?

5. RSVP – Someone has likely worked very hard to arrange the event that you have been invited to. Ignoring their request for a response is not only exceedingly rude, it could be networking suicide. If you want to leave a bad impression before you’ve even met someone face to face, ignore their invitation, or WORSE – respond ‘yes’ and fail to show up.

These are just a few things to keep in mind when you are managing your career and attempting to grow your business, presence, and reputation. Every interaction you have with others in a professional capacity has the potential to grow your professional reputation in a positive way, or a negative way. Mindfulness of the positive will always help you grow the direction you wish.

Happy New Year to all! May this year be one of success and wellness! Many... Read More 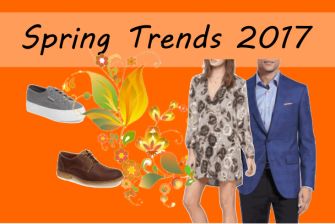 We all know to flush and wash our hands, but what about the not-so-obvious rules... Read More

Have you ever noticed when the weather gets warmer people can get a little naïve... Read More

As I coach many professionals on how to polish their Executive Presence, I explain the... Read More

I have found that many women are not using accessories to their best advantage. Many... Read More