Misrepresentation is a contract law concept. It means a false statement of fact made by one party to another party, which has the effect of inducing that party into the contract. For example, under certain circumstances, false statements or promises made by a seller of goods regarding the quality or nature of the product that the seller has may constitute misrepresentation.

Alright, it's a bit dramatic and ooooh so serious sounding. But, it remains that when you say you are one way, look a way, or have a certain marital status you are supposed to telling the whole truth.  Otherwise, you are committing a MISREPRESENTATION of yourself. Who could trust you from that point forward?

On your personal appearance:

Perhaps that's the test. If you meet someone you convinced that you were a 180 pound Adonis who has never been married or recently widowed; and upon seeing you for the first time realized you have a Dunlap muffin top belly, memories of hair on the sides of your temples and are still wearing a wedding ring – yet they don't head for the door – you may have met your match!

That's not me; don't even think of trying that. I'll head for the door, let you know you've wasted my time, were deceitful and need to get a grasp on reality. Of course we all share the best photos of ourselves. But, how about a photo of yourself from THIS year – ideally in the past six months?

I went out with a man once. Never knew he wore a toupee. I was young, naive and thought it was fun to go out with my dentist – wrong on so many levels.  We had a wonderful dinner at a local upscale steak house and went back to his place.  We were visiting in his living room when the glue started to drip by the side of his ear.  He must have been nervous as I was asking him about his family – or perhaps when I was telling him about mine.  Noticing his "discomfort" and sweating, I simply asked him, "why?" He had beautiful eyes, gorgeous smile (of course) and didn't need fake hair.  We didn't date again, primarily because I couldn't get over the smell of mouthwash whenever I was near him. But, he did change something after that date; he dumped the toupee and shaved his head. He looked so much better and he held himself straighter with more confidence. I feel that I helped in some small way. We are still friends.

Do you know the definition of widowed? How about divorced vs. separated? The phrase, "it's complicated" does not substitute. Call your status for what it is; you will save everyone’s time. We won't like you more after meeting you when you finally reveal that you are only separated and there is a nasty custody battle. Do you think the memory of the person we thought we'd be meeting will cloud our judgment so much that we'll look deep into your eyes and say it doesn't matter and that we understand, you poor baby…? Tell me you don't believe this. Stop reading, I can't help you.

You can't be divorced and widowed from the same person. If you are divorced and they die, then the person you WERE married to died. Just that simple.

Where do you live? You don't have to give the address. If you are working for the FBI or in Witness Protection, you may have an excuse. Then, too, you shouldn't be looking for love through conventional means because you are destined for dishonesty. If you are embarrassed about where you live, you can either get over it and get comfortable with your situation, or come up with a plan to change it. Share the plan – at least you have a plan and are not lying.

I thank my friend, Kay Hunter for inviting me to contribute to her blog.

When the dust settles after a divorce, you will find yourself single and possibly missing... Read More 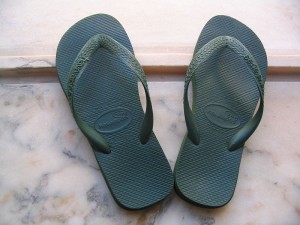 Last month one of my clients wrote me with a question regarding the proper etiquette... Read More

In an effort to fit in, stay current, be professional, and not look too feminine,... Read More

How to Keep Your (Or Someone Else’s) Office Romance From Ruining Your Career At some... Read More

It seems everyone has a smartphone these days, and they are helpful in so many... Read More